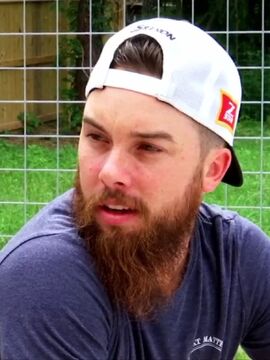 Taylor is the boyfriend of 16 & Pregnant/Teen Mom star, Maci Bookout. His first appearance was in the season's fifth season known as Teen Mom OG.

Taylor is shown to be a caring father figure towards Bentley when Ryan shows indifference or interest when it suits him. He doesn't however stop Ryan from seeing his son, no matter what he does.

Taylor and Maci find out they're having a child together towards the middle of the season and the couple talk about marriage. Maci gave birth to a girl named Jayde Carter on May 29th 2015.

Click here to see the photo gallery for Taylor McKinney.