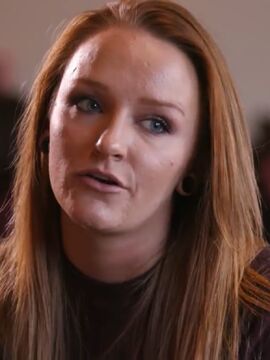 Maci Bookout McKinney, is from Chattanooga, Tennessee. She was popular, athletic, and successful in school. She had aspirations to go away to college with her friends after she graduated high school. However her dreams were put on hold when she discovered she was pregnant at 16, with boyfriend, Ryan Edwards' baby. Maci gave birth to their son, Bentley Edwards, in October 2008. Edwards and Bookout became engaged in 2009.

Bookout attended an accelerated school, with the aim of graduating early. Following her high school graduation, she enrolled in the local community college and started classes. During this time she had little help from Edwards in raising Bentley, therefore she relied on her family to help. Bookout soon decided that was not fair on her family and quit the dance team in order to spend more time with her son.

Bookout and Edwards had a turbulent relationship.This saw Bookout calling off their engagement, though the pair decided to stay together for Bentley's sake. The relationship ended in 2010.

Shortly after separating for Edwards, Bookout began dating Kyle King. Kyle was featured in a number of Teen Mom's episodes. King and Bookout ended their relationship in 2012.

Maci is now in a relationship with Taylor McKinney. They have one daughter, Jayde McKinney and son Maverick McKinney. They were married on October 8, 2016.

Click here to see the photo gallery for Maci Bookout.