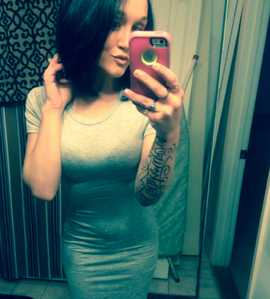 Jordan Cashmyer was a teenage girl from Baltimore, Maryland who became pregnant by her then-boyfriend, Derek Taylor.

Jordan was kicked out by her parents after she became pregnant and refused to stop seeing Derek. She and Derek struggled with being homeless and financial issues due to Derek not getting a job and the tw of them having no local relatives to help take them in. Her daughter, Genevieve "Evie" Shae Taylor was born on March 7, 2014.

Following the filming of Jordan's appearance on "16 and Pregnant," she and Derek separated. Initially, Jordan's father and stepmother shared custody of Genevieve with Derek; however, in 2015, Derek and Genevieve moved to his mother's house with Jordan signing over temporary custody to Derek's mother.

In 2014, Derek revealed (via social media) that Jordan had been working at a strip club. Later that year, Jordan was hospitalized for mental health issues and a possible suicide attempt. She has attended rehab on several occassions.

In 2017, it was reported that Jordan had been working as a prostitute after images of her appeared on an escort website. During that same year, she was arrested for possession of cocaine and heroin.