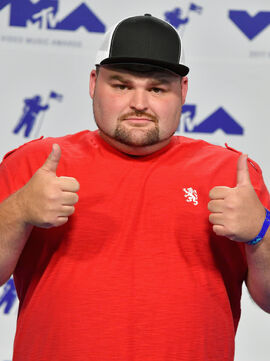 Amber's episode of 16 & Pregnant focuses on Amber's pregnancy, the first few months of motherhood and the effect on the relationship between the couple.

Amber and Gary were together for two and a half years before she became pregnant at the age of 18. Amber gave birth to a girl named Leah Leann on November 12th 2008.

The couple got engaged on the beach during a short vacation but their happiness was short-lived when their relationship turned sour. Amber was arrested on domestic assault charges after hitting Gary so badly he was left permanently scarred.

Teen Mom focuses on four of the teenage mothers from the 1st season of 16 & Pregnant. It focuses on their struggles with motherhood and relationships.

After Amber is arrested and sent to jail for drug use, Gary becomes the primary custodian of their daughter Leah. During her time in prison, Gary stayed in contact causing Amber to believe there may have been a possibility of a reconciliation between the couple when she got out. This however was not the case as when she was released, Amber discovered Gary had a new long-term girlfriend, Kristina and did not want a relationship with Amber.

When Gary begins flirting with Amber, she became confused and wasn't sure what she wanted; made worse by the fact he answered her confrontations with 'who knows what the future holds?'

The couple eventually called it quits when Gary's girlfriend became pregnant. Gary and his girlfriend Kristina had a daughter named Emilee. In 2015 the two got married. Amber started a new relationship with a much older man, something Gary was unsure of. When he's rude to Amber on the phone, Amber's new boyfriend Matt confronts him and the two men chat about their issues.

Click here to see the photo gallery for Gary Shirley.