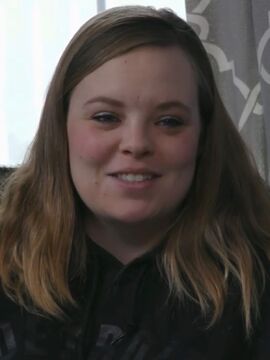 Catelynn Baltierra (née Lowell) was a junior in high school, living in Algonac, Michigan, when she and her boyfriend of three years, Tyler Baltierra, discovered that they were expecting a child together.

Neither Lowell or Baltierra felt that their living conditions were suitable for a new child. Therefore, they decided to place their baby up for adoption, going against their parents' wishes. The show documents the couple throughout the adoption process and shows prospective teen moms that there are options.

In May 2009, Lowell gave birth to a baby girl, who is named Carolyn Elizabeth (Carly for short) by her adoptive parents Brandon and Theresa Davis. Lowell and Baltierra have an 'open' adoption with Carly’s adoptive parents, which means they receive photo's regularly and get to see their daughter in person once a year.

Lowell and Baltierra are step-siblings, as Lowell's mother married Baltierra's father. Their parents' relationship was extremely turbulent throughout the show. Lowell stated in 2012, that she'd be willing to go for custody of her younger brother if her mother "Fell off the wagon again." In 2013 it was reported that Lowell and Baltierra gained legal guardianship of a younger sister, this was later confirmed via Baltierra's twitter account .

Lowell graduated high school in June 2011. She is currently attending Baker College and her major is in Social Work. Lowell and Baltierra co-wrote a book together - 'Conquering Chaos' - in it they "tell their story in their own words." The book was released in March 2015.

It was announced in 2014 that Lowell was expecting her second child with Baltierra. The couple welcomed a baby girl, whom they named Novalee Reign on New Years day 2015. Lowell and Baltierra planned to get married in the summer of 2015. They were married on August 22, 2015. On February 21, 2019, the couple would have their third daughter, Vaeda Baltierra.

Click here to see the photo gallery for Catelynn Lowell.