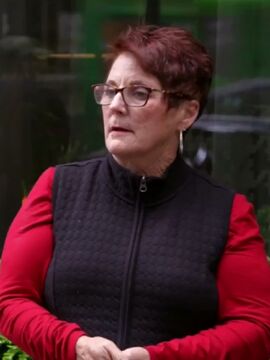 Barbara Ann Evans is the mother of Jenelle Evans. She has had custody of Jenelle's son, Jace Evans, since he was an infant. Barbara does not get along with Jenelle's current husband, David Eason, and as a result is not permitted to spend time with her grandchildren, Kaiser Griffith, and Ensley Eason. As of 2017, Barbara has been granted permanent custody of Jace, making it legally impossible for Jenelle to regain custody at any point in time. She also has custody of her daughter Ashley's son, Gabe.