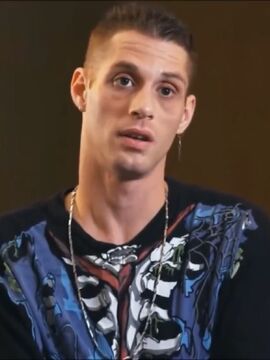 Charles Andrew Lewis is the biological father of Jace Evans and ex-boyfriend ofJenelle. He has not been involved in his son’s life since leaving the hospital after his birth. Andrew used to be a model, however he became an alcoholic, which has caused many issues in his life. He had previously shown interest in stepping back into Jace's life, but did not follow through, claiming he had warrants out for his arrest in North Carolina. He had a second child after Jace, a son named Jacob, with current spouse Cindy Becker of Pine Hill, NJ.