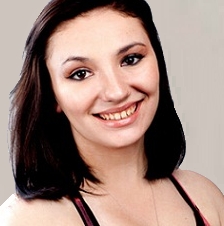 Alexandria "Alex" Sekella is an aspiring dancer who had a baby with her now ex-boyfriend, Matt McCann. Alex's mother made it clear that if Sekella did not put the baby up for adoption, Sekella and the baby would have no place to live. Sekella's and McCann's daughter, Arabella Sekella-McCann, was born on July 18, 2011. McCann and Sekella have since broken up, and McCann spent time in rehab for his drug addiction.

Alex stars along side three other 16 and Pregnant Season 4 moms on Teen Mom 3.

Sekella’s 16 and Pregnant episode is one of the most dramatic to date. Sekella is forced to make the hard decision between adoption and parenting. Her mother, Wendy Keim, insisted that is she were to choose to parent the baby, then she could no longer live in her mother’s house. With little to no support from the baby’s father, Matthew (Matt) McCann, Sekella searched for a place to live so she could raise her daughter.[1]

She found a place with a room that she could rent, but ended up not being able to make the payments. Sekella was also able to find a couple who would adopt the baby; however she had a hard time thinking of letting her go. In the end Sekella decided to parent Arabella (Belly) Elizabeth Sekella-McCann (Alex would later legally change Arabella’s last name to just Sekella) and her mother went back on her word and let the pair live in her house.[2]

Through the entire episode the explosive fights between Sekella and McCann became more and more intense with McCann pushing Sekella to choose adoption and showing little to no interest in the baby.[3]

Sekella has been working three jobs and has been taking online classes to finish her senior year. When McCann is released from six months in rehab for treatment of a heroin addiction Sekella is cautiously optimistic that McCann’s treatment has changed him back into the person that she fell in love with before the drug addiction, and she will have a second person to help her both emotionally and finically parent Arabella. [4]

McCann moves into Sekella’s house with her family because he has nowhere else to go, and Sekella soon realizes that McCann is falling short of her excitations. The two both have explosive tempers and seem to bring out the worst in each other.[5]

Because of all the fighting McCann starts looking elsewhere for a relationship. Sekella confronts McCann about seeing other girls while living with her in an altercation that almost becomes physical. Sekella’s mother steps in and tells McCann that he is no longer welcome in their home.[6]

After McCann moved out of the house Sekella found it very hard to contact him, and assumed that he was using drugs again. Her suspicions were confirmed when she received a phone call that McCann was in the hospital for a drug overdose. [7]

When McCann returned to rehab Sekella once and for all decided to move on. She started seeing other men, and while none of them worked out she knew that she was over McCann. [8]

The season draws to a close with Arabella’s first birthday party. McCann was invited but does not show up, confirming to Sekella yet again that she has made the right choice for her family. At Arabella’s party we are also introduced for the first time the Jim Sekella Alex’s father. Through a discussion with him we discover that the reason her has been absent for most of the season is because he is still having a hard time coming to terms with his daughter being a teen mom.[9]

After the party Sekella gets a call informing her that she has not completed enough work to finish her Senior year and will have to retake it. Rather than having an extreme emotional outburst Sekella remains calm. While she is disheartened by the news she is able to deal with it in a mature way. This really captured how much Sekella’s has matured through the season. [10]

Sekella was born December 4, 1993. She lives in Neffs, PA which is just outside of Allentown, PA. She has a younger brother Killian who is13 and a younger sister named Arielle who is 15. Her mother’s name is Wendy Keim whom she lived with during the first season of Teen Mom 3. Her father Jim Sekella is divorced from her mother but still lives nearby. Sekella has stated that he comes by almost every morning on his way to work to see her and Arabella (During her pregnancy Alex and her father had a bit of a falling out, so he was not shown on her episode of 16 and Pregnant.) Alex’s mom Wendy is currently with her boyfriend of four years, Kelly Pitts, who is not featured or mentioned in Teen Mom 3. [11]

Sekella started dancing when she was very young and has continued to be dedicated to dance; she has even started teaching dance classes.[12]

Skella met McCann in math class Sekella’s freshman year of high school. The two dated for two years and then the world witnessed their falling out on Sekella’s episode of 16 and Pregnant. When questioned about how it lasted so long Sekella stated

“Everyone please understand that Matt and myself’s [sic] relationship was as perfect as I could’ve asked for for the first year and a half not until I was five months pregnant did he become unreliable a drug user and missing all the time. When at the hospital I told Matt that he should not sign for her if he does not want her but he did sign for his rights to have her which was claiming himself to her and uses adoption as an excuse to go out and party all the time and not care for her. Whether or not Matt decides to be a parent towards her is up to him but so far he has not made any effort to her and in which so has forfeited his rights to her and I have since been moved on and have been happy as a single mother to my daughter playing both roles as the mother and father.” [13]

Sekella has stated that when she got pregnant she was on birth control and McCann was using a condom however she was on an antibiotic for a bacterial infection which neutralized her birth control, so when they had a condom burst, it resulted in a pregnancy. [14]

“Hello, my name is Alexandria Sekella and I am 27 weeks pregnant and currently doing it all on my own soon I will be looking for a shelter for young teens with babies because my baby’s father does hardcore drugs and his mother is only letting me stay in the house because he keeps telling her that I’m giving up my baby girl for adoption. Please help me. I want to show girls what it really is like to struggle from it all.”[15]

Sekella has stated that she was in anger management during the filming of the first season of Teen Mom 3.[18]

She was voted the most changed mom in her Teen Mom 3 group by MTV viewers. [19]

Sekella has publically stated that she is going to wait until marriage before she has sex again. [20]

Sekella has had McCann’s parental rights terminated. He wasn’t present to contest the decision in court and was only reached by phone. [21]

Arabella was named after Alex’s great great grandmother Arabella who was born exactly 100 years before Arabella on July 18, 1911 [22]

Allegedly MTV edited the footage for the 16 and Pregnant episode to tone down the effect of the drugs on McCann.[23]

Arabella is one of Sekella’s dance students.[24]

Sekella was 16 years old when she got pregnant, right before her 17th birthday. And she was a junior. [25]

The three jobs that Sekella holds are at a clothing store, a fast food restaurant, and as a dance teacher[26]